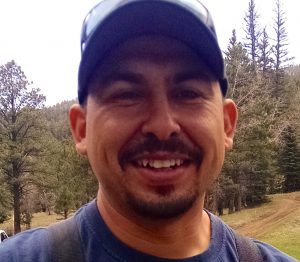 Ricardo is from Cerro, NM. A self described family man who helps on the farm and likes to hunt, Ricardo was also a former employee at the molybdenum mine in Questa. He completed both an Associate Degree of Pre-Science, UNM-Taos, and a B.S. in Forestry at NMHU. After graduation Ricardo was hired as a Forestry Technician with the US Forest Service at Questa Ranger District.