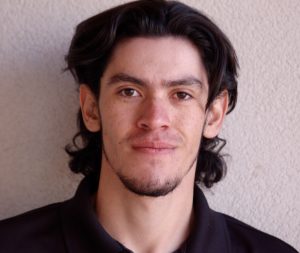 Thomas is from Taos, NM, and has a 2nd Degree Black Belt in Taekwondo. He was a Research Assistant to NMHU graduate students at the Rio Mora Wildlife Refuge studying snakes, frogs, and other wildlife. He earned his Associate Degree of Pre-Science from UNM-Taos in May 2016. With the help of CCC Math Coach, Hollie Laudal, Thomas became so good at math, he switched from a Forestry major to a Math major!